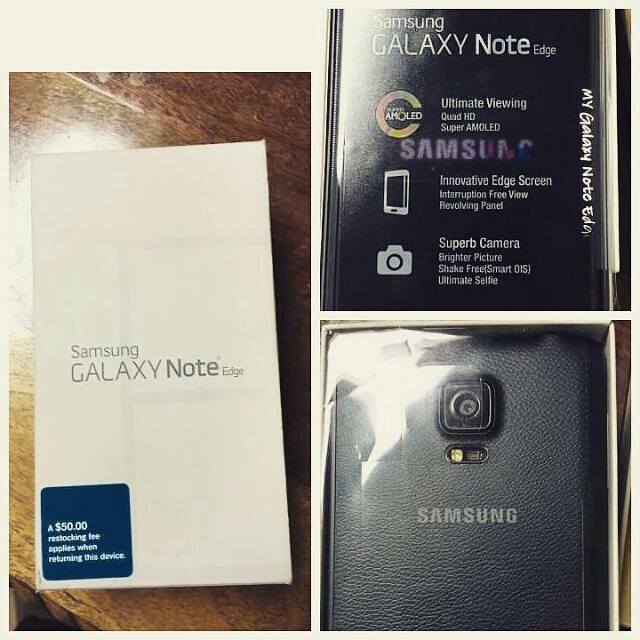 1.  The galaxy S5 screen  is significantly larger than the iPhone 5S is, making everything from watching your favorite youtube videos to browsing the web a bit more enjoyable and easier on the eyes.

2.  The galaxy S5 screen also works with gloves which can be a very big advantage if you are somebody who lives in a colder climate or when the time gets cold.

3.  Another trick the galaxy S5 display has up it’s sleeve is air view which gives you a preview of what your finger is hovering over without actually having to press it; making it especially useful for things like figuring out whose speed dial it is whose in the dialer.

5.  While recording video in 4K which is awesome, samsung equipped the galaxy S5 with a USB 3.0 port which allows for faster file transferred to a computer than the lighting port does on the iPhone 5S.

6.  Speaking of large files, the galaxy S5 has a micro SD card slot, allowing you to store up to an additional 128 GB of 4k video or just about type of media you want via a relatively inexpensive micro SD card.

7.  Unlike the iPhone 5S, the galaxy S5 battery is removable, meaning you can swap it out for a freshly charged spare or you can get an extended battery if you so desire.

9.  And as if those two previous points weren’t enough, if you really needed to squeeze more life out of a single charge, the galaxy S5 also has an ultra power saving mode that helps the battery lasts you for up to an additional 24 hrs on just a 10% charge.

12.  On the topic of customization,  the lock screen of the galaxy S5 can be customized too with different unlocked effects, different clocks and even a wallpaper that automatically changes every few hours showing you different places all over the world!

13.  The galaxy S5 has NFC capabilities meaning you can use your phone for things like making payments, tapping your phone to another compatible phone for easy file transferring and maybe best of all, you can use NFC tags to help automate some of the things that you do on a everyday basis.

14.  Unlike the iPhone 5S, the galaxy S5 is IP67 certified meaning that it’s both dust and water resistant which can potentially help save your phone from damage due to the natural elements.

15.  With private mode on the galaxy S5, you can hide just about any file on your phone like a picture or a video with it only being visible to you when the password protected private mode is enabled.

16.  If you ever run into trouble, with the galaxy S5 you can triple tap the power button to automatically send a text to the people on your emergency contact list with your location, a picture from the front and rear cameras, a sound recording so then that way, the people who receive the message can get an idea of where you are and what’s actually happening to you.

17.  On the galaxy S5 you can add widgets to the home screen so you can get the information you need right then and there on your home screen without actually having to open a full blown app.

19.  With a toolbox featuring the galaxy S5, you can have a persistent floating menu on the screen wherever you go, giving you quick and easy access to up to five customizable apps, making multitasking between them a breeze.

20.  On the galaxy S5 you can take advantage of all that extra screen real estate with multi-window which lets you use two apps on the screen at the same time for the ultimate multi-tasking experience.

21.  While the apps on the iPhone 5S has advantages of its own, the play store on the galaxy S5 has the advantage of offering a fifteen minute return policy for paid apps, so that way you won’t end up getting stuck paying for an app that doesn’t really live up to the hype.

22.  While the iPhone has always been known as one of the easiest smart phones to use, the galaxy S5 with easy mode enabled takes easy to a whole new level with a super simplified interface and extra large text that may be a better choice for those of us who are not that tech savvy.

23.  On the back of the galaxy S5, you have a build in heart rate monitor that comes along with samsung’s S-Health app where you can not only measure your heart rate but also keep track of your diet and exercise all in one convenient place.

24.  Unlike the iPhone 5S, the galaxy S5 has an IR blaster which lets you use your smart phone as a remote for things like your TV, sound systems, blue ray player and if compatible, even your air conditioner.

you get over $500.00 worth of freebies or what samsung likes to call “Galaxy Gifts” which includes things like 50 GB of dropbox, three months of linkedin premium, $15 worth of in-game credit and many other freebies and specials available exclusively to owners of the galaxy S5

And if you are most interested in buying the Samsung Galaxy S5, it is available on amazon for the cheapest price so go and check it out here —->> AMAZON

Now, that about does it for the top reasons I think that the samsung galaxy S5 is better than the iPhone 5S.  I hope that this have helped you to know some main differences about these two really smart phones.  Also check out the reverse comparison.

So what do you think?  Do you find the Samsung Galaxy S5 better or worst than the apple iPhone 5S.  Share your thoughts below.

AD:  Do you want to learn how to build mobile apps? Click Here!